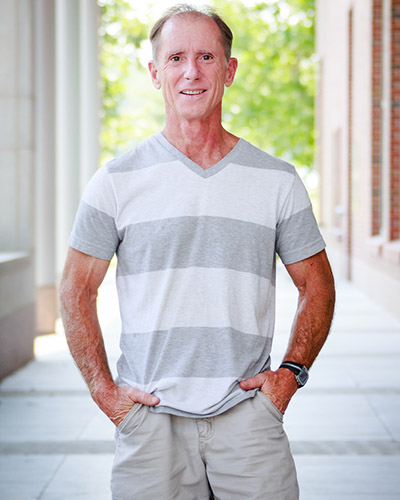 Rich is Curator of Vertebrate Paleontology at the Sam Noble Museum and Presidential Professor in the Department of Biology at the University of Oklahoma. He joined the museum staff and university faculty in 1986 and has served both continuously since.

Cifelli earned an A.B. (1976) in Sociology at Colby College and an A.M. (1979) in Anthropology at the University of Chicago before turning his interest to paleontology, then completed his M.Phil. (1980) and Ph.D. (1983) in Geology & Geophysics at Columbia University. Subsequently, he was a Fellow-in-Residence (1983-1985) at the Smithsonian Institution and served briefly as Visiting Curator (1985-1986) at the Museum of Northern Arizona before coming to Oklahoma.

Cifelli’s primary research interests include vertebrate assemblages from the Mesozoic of the Western Interior. He has collaborated on studies of varied types of vertebrates, from lungfishes to dinosaurs, but his primary area of interest is in Cretaceous mammals. The subject matter for Rich’s research comes from the collections made in the course of fieldwork over the past 34 years, particularly in Montana, Wyoming, Utah, Oklahoma, and Texas.

At OU, Cifelli teaches an introductory geology/ biology class on dinosaurs and an advanced undergraduate/ graduate course in vertebrate paleobiology. He has also served as faculty mentor for a number of undergraduate and graduate students.